I recently suffered an unusual issue in the Linux terminal. Any commands prefixed with sudo would take 10 to sometimes 15 seconds to execute, while all other bash and terminal commands would operate at speed.

Initially, I thought the issue was related to a Ubuntu Server install running in VMware Fusion on a low powered Mac laptop, but it didn’t make sense that only the superuser-do initiated commands would suffer from this speed effect. But after much Googling, I discovered, surprisingly the issue was related to an incorrect network setting, and that the long pause was a network timeout! I imagine my VMware configuration of Internet Sharing – Share with my Mac (NAT) was the cause of the issue, but thankfully there was a speedy fix.

Firstly if your suffering from this issue, sudo -V should take too long to complete.

Create a backup of the hosts configuration file, and sadly, this too will take a long time.

Determine the hostname of the system.

Take note of the result, and it’s usually a single word such as devtidbits. If no output returns then this nixCraft guide may help.

Edit the hosts configuration file and modify the localhost entries on the first two lines. The first line is for IPv4. The second is for IPv6 and at the end of each line append the hostname result.

Problem fixed, now running sudo -V or any other sudo prefixed command should be instantaneous!

2 thoughts on “Way too slow sudo” 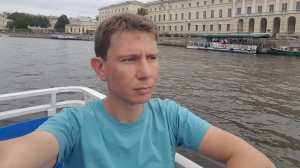 If you enjoy my content, consider buying me a cup of coffee? ☕